I enjoyed this book and I think it was a good time to read it.  Reading anthropology gave me some perspective on otherwise crazy recent world events.  Below are some of my favorite pieces of information from the book.  I have not independently verified these facts, but I believe them to be accurate enough that I am willing to share them.  I will update this blog if any of the facts presented are conclusively disproven by trustworthy authority. 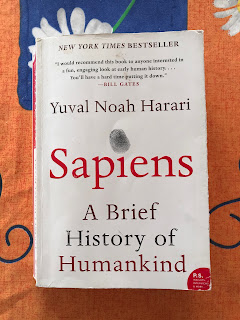