I Can’t Chase You Right Now

I can’t chase you right now
I have a date with Destiny
Where?
I don’t know
That’s why I have to stay on my road
No detours or distractions
I might get lost or stuck
Or I might catch you
And then you might chase me
Like a game of tag
But I don’t have time for games
I have a date with Destiny
Who is she?
I don’t know
I met her on the internet
And it’s kind of a guessing game
But I’ve gotta go meet her
So I can’t chase you right now 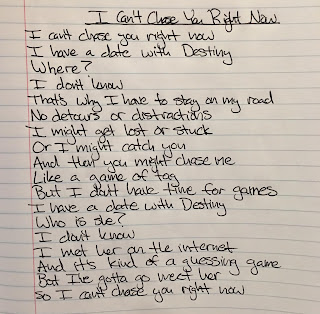 I was at a comedy show at Lestat's with my friend a while back, and the comedian onstage told a joke that fell flat.  Then he told a story about how he questioned whether or not to tell the joke before he went on stage, but then said, "Nah.  Get up there and bomb like a man."  Then he went up on stage and told the joke and bombed like a man.  I admired him for it, and the story cracked me up.  Now, every time I bomb at something I think of that and laugh.  "Get up there and bomb like a man."

With that said, I've bombed a couple times recently.  My general rule for writing is, "If it makes me laugh, it goes."  I always think what I write is funny, but I never know how other people are going to feel about it until I say it out loud.  Some of my stories and my opinions are completely ridiculous, but I share them any way because that's the only way to separate the good ones from the useless ones.  If you write for long enough (meaning you sift through enough dirt), occasionally you get a gold nugget or two.  Writing for me is kind of like mining for gold nuggets, and the only way to know whether they are gold or not is to say them out loud in front of people.  Sometimes that means I have to get up there and bomb like a man.

Ray Dalio said somewhere that your current self should be the lovable idiot of your future (paraphrased).  I believe his point was that you should always be evolving, and the more evolved version of you will one day look back on your current self as a lovable idiot for all the things your didn't know.  If this is true, then I am doing a great job.  I must be evolving very fast, because I can look at my past-self as recently as yesterday and see an idiot.  I can look back on myself as soon as five minutes ago and see an idiot.

Bombing hurts.  It doesn't feel good to get up there and bomb.  It's painful to the ego and it's embarrassing, but it's as much a part of the process as anything else.  Even Tony Gwynn went 0 for 4 sometimes.  He didn't quit baseball.  Even Ozzie Smith booted a ball at shortstop every once in a while.  He didn't quit baseball, either.  Going 0 for 4 or booting a ball in the field doesn't mean you quit.  Not if you're a real baseball player.  It just shows you areas where you can improve your skills.  Maybe go practice hitting left handed curve balls or picking backhands in the 5.5 hole.

The public nature of bombing is what hurts and it's also what sears the lessons into your memory.  Striking out in front of everyone when the team is counting on you feels like shit.  So does delivering a story or a poem that bombs.  Everyone was watching, and you didn't come through.  But that is part of the trial by fire that every performer must go through.  Whether it's sports or poetry readings or music or any other live performance in front of an audience.  Every performance isn't going to be the best, but they all show you areas where you can improve.  You learn something about yourself every time.  Even if you get your ass kicked.  Short term wins and losses don't determine your long term success or failure.  Long term success is only determined by whether you keep coming back and doing your best every time.  For now, I will keep coming back because there's still nothing else I'd rather be doing.  Until that changes, I will keep bombing like a man both live on stage and here on the internet.

However, I promise will bomb as little possible for my sake and for everyone else's.
at June 28, 2019 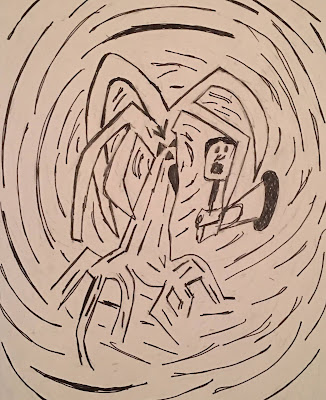 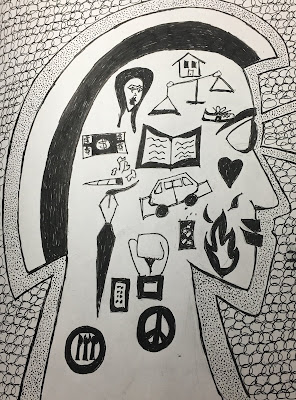 I don’t listen much to the world
It doesn’t have much to say
It only tells me I owe it money
One of these days I’ll crack it in the mouth
Carve its face up with a pen and give it a new one
And when people ask what happened
The world can tell them
“I asked Eddie for money one too many times”
And the world’s broken face will remind everyone
Never to ask a dime of me, again 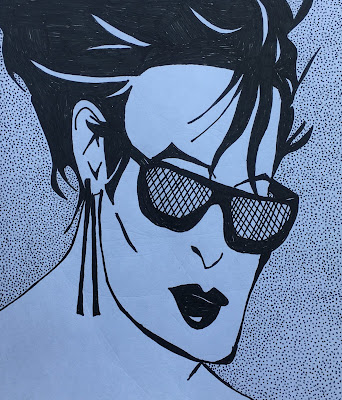 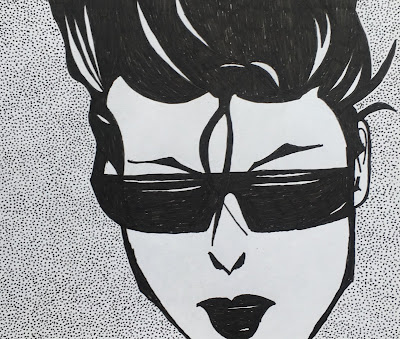 Where I tried to get lucky, but never did
Until I realized I'd been lucky the whole time
at June 09, 2019

I see your commitment
I see your dedication
And I know you're going to win
Because good things happen to people like us
at June 09, 2019

Straight To The Glory Hole

I was walking on the sidewalk to the coffee shop when a man approached me from behind.  I didn't recognize him.

He said, "Hey.  I've seen you running.  You have a really nice physique."

"I have a glory hole at my house.  Can I get your number?"

It took a second for it to register.  Glory hole?  Oh that kind of glory hole.  I must admit it was a generous offer, but I declined as politely as I could.

The conversation had no small talk.  It was straight to the glory hole.  The funny thing is I usually get these kind of sexual offers from men.  Not women.  It's like being rich in the wrong currency.  The guys love me, and the girls couldn't give less of a shit.  It's one of life's mysteries I still do not understand.
at June 04, 2019