The Nature Of The Fray: A Day In The Life Of A Modern Freedom Fighter

I have now educated myself to the point where I can't un-see the things I see, which means I have no choice but to sound off on politics from time to time.  As someone who claims to be a writer and artist and philosopher, I absolutely must have a voice in this.  That said, I don't want politics to dominate my life or my writing.  But the Democratic primary is heating up and I can feel an endless wave of political debate coming.  I hope to be writing love stories rather than political essays, but we'll see how it goes.

I do have to say a couple things, though.  One is that I like all the Democratic candidates, and I would love to see all of them beat Donald Trump's ass one by one.  I am not going to vote in the primary because I am an independent, but I will be happy to vote for whichever candidate emerges from that highly competitive field.  Whoever wins that race deserves to be President.  I think that's all I really need to say about it right now.  I'm gonna take the 10,000 foot perspective on this and not get too tangled up in the weeds - for now.

Politics is something that keeps sucking me in because it's something that's always fucked up.  As a lover and defender of society, it's a constant eyesore for me and I can't ignore it.  You ignore these things at your own peril.  It's a cliche that the only thing necessary for the triumph of evil is for good men to do nothing, but it's true.  You have to speak up or you become a slave, real quick.  Freedom is never given, only taken.

That's why I feel like I have to use my voice.  I have to fight for freedom.  My journey as an artist is a fight for freedom.  That's the nature of the fray.  It's about freedom of speech and it's about freedom to live the way you want.  It's about the freedom to not have a shitty nine to five.  Instead I worked out and meditated and played guitar and read and wrote and cooked delicious food.  That's what I did today.  I had to fight for the freedom to do that.  Otherwise I would be in an office right now slaving away in a cubicle for someone else.  That is a fact.  And I know because I did that too.

I played my guitar and wrote today and had the most fun I have ever had in my life.  And there are some assholes who would say that I should give that up to go sit in an office like a slave so that I can repay student loans.  "Because they had to."  There's a whole generation of people out there who thinks that.  They think people like me should spend the prime years of our lives in indentured servitude because we wanted to get an education.

What a tragedy that would be.  What an absolute tragedy if I had given up today to sit in a cubicle or an office or whatever.  What a tragedy if I had decided to do anything other than exactly what I want, and be exactly who I want to be.  Today is one of the greatest days of my life.  I did exactly what I wanted to do.  I worked out.  Stretched.  Showered.  Meditated.  Played guitar.  Ate breakfast.  Smoked a joint.  Rode my bike to the coffee shop.  Wrote in my journal.  And I am now writing a blog.  It's an absolutely perfect day.  I wouldn't give it up for anything.  People who think that people like me shouldn't be able to live like this because we wanted to get an education are simply wrong.  I'm here to tell you on behalf of everyone like me, that you are wrong.  Take the L on this one, and rethink it.  I promise I will do what I want and enjoy every single moment of my life, right in front of your face, in spite of your opinions and partially motivated by them.  You can either be jealous, or start taking notes because I've got some good shit going on over here.  You can't beat me, so join me.  Take my hand, brother.  You're coming to a good place. 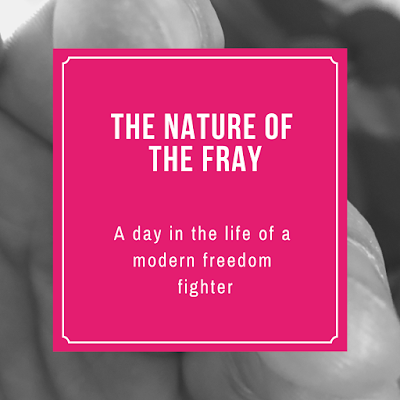