My Divided Loyalties In Professional Baseball

I am from San Diego through and through.  I've lived here almost all my life and lived in almost every neighborhood.  I grew up here.  I remember Tony Gwynn and Hoffman and Greg Vaughn and Steven Finley and Kevin Brown and Ricky Henderson and Ken Caminiti playing in Jack Murphy Stadium.  I remember when they won the pennant and made it to the World Series.  I remember all of it.

My favorite player growing up was Ozzie Smith.  The Wizard.   Still one of the slickest shortstops of all time.  He used to do backflips on the field too.  He was a 15-time All-Star.  Imagine being the best at your position 15 fucking times.  He won 13 Gold Gloves.  Those are video game numbers.  He was a first ballot Hall of Famer.  He could hit from both sides of the plate, too.  He was a real genius.  Way ahead of his time.

So I was born into a dichotomy, being both a Padres and a Cardinals fan.  There was nothing I could do about it.

I lost touch with baseball for a long time.  I had to.  I played baseball from when I was four years old until I was almost 20, and when that chapter was over it was time to move on to other things.

But now baseball is back.  The Padres have a great team and a beautiful park and a beautiful city and I am fucking pumped about it.  I am going to the game on June 3 with 120 people from my work, and I can't wait.  It's going to be great.  I might even blow some of my next paycheck on a Padres hat.  Glorious.

I'm not gonna lie.  The Padres and I have had some rough times together.  One time a law school friend got us tickets to a Giants game.  I was living in the Bay Area at the time.  It just so happened they were playing the Padres, which worked out perfectly.

Or not so perfectly.

The Padres got no-hit by the Giants the night before, and they were having another rough night.  I had to be the only Padres fan in the whole fucking stadium.  I still cheered for them the whole game though, in spite of being booed and hissed by all the cunty Giants Fan yuppies.

The Padres took an L that night, and I took another L because my sandal broke halfway through the game.  There were no sandals in the gift shop, so I had to walk the rest of the night with one fucking sandal.

Thankfully it was only a short distance to the place we were staying.  My homegirl's brother owned an insane condo on a high rise overlooking the Golden Gate Bridge.  The bridge is over 70 stories tall and we were looking down on it, so we were way the fuck up there.  Floor to ceiling windows  Immaculate view of the whole Bay.  I asked my homegirl what he did to afford a place like that.  She didn't share details and I didn't ask why.  My buddy and I got absolutely nuked on whiskey and played Wii bowling until 5 in the morning until the sun was glistening on the Bay.  It was absolutely divine.  It turned out to be a great night, and a great fucking memory.

Maybe it's time for me to start repping the Padres again. 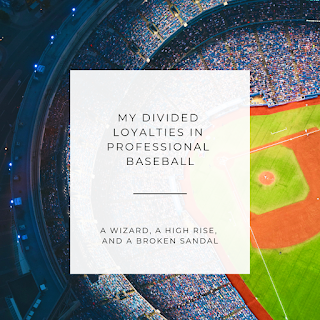